by kirknewman in About Comments: 0

It is with deep sadness that we announce the passing of Kirk Newman. Kirk, one of the most prominent Midwest sculptors, died peacefully at his residence in Kalamazoo at age 91 with an easel of his latest drawings close by. He continued to draw even during his final days as the creative spirit remained alive and well. “ I just need to make things”.
Newman spent 40 years in the business of creating—much of it creating art about business. His passion for the figure and how it could speak to the complexities of the modern world began after spending years experimenting with abstract sculpture and painting in the post World War II era.

The subject was the businessman, and Newman sensed it held possibilities for expressing something essential about our time. Newman began his exploration of the figure in 1963 by creating small sculptures of anonymous businessmen. While their suits identified them as figures of power and authority, their crouching, falling, and grasping postures revealed vulnerability. Cast in bronze, the figures took on an unexpected timelessness. His legacy also includes hundreds of drawings & prints of business people as Kirk explored the stress and anxiety of the players in power and money game.
As Newman’s focus shifted toward the whimsical and satirical, the figures suggested the inflated egos and social pretensions of their subjects. By the 1980s the businessmen, now distorted, flattened and shadow-like, conveyed the fast pace of contemporary life.

His reputation was created from 2 bodies of work. The small bronze business figures and the public pieces which present a more traditional approach to the figure.
Examples of this body of work include:
“Children of the World “ (1995) Frederik Meijer Gardens and Sculpture Park, Grand Rapids, Michigan
“When Mercy and Justice Prevail” (1976) Bronson Park, Kalamazoo, Michigan
“People” (1974). Kalamazoo Institute of Arts, Kalamazoo, Michigan
“Words and Humanity” (2013) in collaboration with Joshua Diedrich, Augusta Michigan.
“On the Move”,People Mover (1987), Detroit Michigan
“ A Family at Work and Play” (1991) Detroit Receiving Hospital, Detroit Michigan
“LOL” Greenleaf Trust Building (2013) Birmingham, Michigan

While widely recognized as a sculptor, Newman was also a dedicated educator. He came to Kalamazoo in 1949 as part of the University of Michigan’s extension program. Newman believed community art programs could be as stimulating and rewarding as those offered at the college level. He recruited a dedicated group of teachers to help develop the Kalamazoo Institute of the Arts art school. When he left as Director of Education in 1978, the school that now bears his name had received national recognition. It continues to be an enduring presence in the cultural life of Kalamazoo.
Please visit www.kirknewman.com for an in-depth look at Kirk’s legacy.
A truly wonderful artist, man, mentor, educator and friend.

“I am sad to hear of Kirk Newman’s passing. It was an honor to host and curate his retrospective exhibition at the UICA entitled “Looking Forward: The Artwork of Kirk Newman” November-February 2015. (It was the last major show of his career). I can’t say enough about what an amazing experience it was to get to know someone 60 years my senior through his artwork and then ultimately get to know the man along the way.
I have fond memories of visiting him in his studio in Kalamazoo, meeting many of the people his work brought together, and understanding his impact along the way.
He leaves a legacy that most of us could only wish to achieve in terms of being simply a class act person and loved artist.”

“I first met Kirk in the late 70’s, early 80’s .Kirk’s studio was above the Dragon Inn restaurant on the Kalamazoo mall. I was amused to see a sculpture studio on the second floor with Kirk making these monumental human figures in plaster. Later, I was alarmed at the delicate and impossible task of several people maneuvering these giant figures out the studio door and down a narrow stairway to the mall. What a crazy way to make art, I thought! I was also struck by how beautiful and exotic the woman in the picture on Kirks desk looked. I assumed it was his wife Georgia, which it was. She had a Picasso-esque figurative look in the best possible way. This told me something about the sophistication and skill of Kirks “eye”. My husband Greg would tell me the tales of riding in the truck with Kirk as he sang his old time songs on the way to the foundry in Detroit.
I became a part of those who aided and abetted Kirk in his art needs though I was not very good at it. Still, I cherish the times I went to his new studio at the Park Trades Building and observed the careful crafting and process of his art making. An inveterate teacher, Kirk always found a way to point this or that out to me and slowly I learned. Today I make sculpture rather than paint and I thank Kirk for his passing on to me the love for form and space.
I will forever be grateful to Kirk for his long-standing care and friendship to my husband, Gregory. Kirk has done wonders for so many people over the years. I am proud and exceedingly grateful to be one of them.”

by kirknewman in Art Comments: 0

Gallery-goers get a last chance for an inside view of Looking Forward: The Artwork of Kirk Newman on February 6, when UICA will host a collector’s talk featuring Newman’s lifetime friend and collector of his work, Chris Markin. Exhibition curator AJ Paschka will moderate this discussion of Newman’s body of work in the context of his life and times, with insights and stories of Newman’s career, interactions with other artists, and supporters of his work. In addition, several of the works in the show will be sold that night via silent auction. This retrospective exhibition closes on February 8. 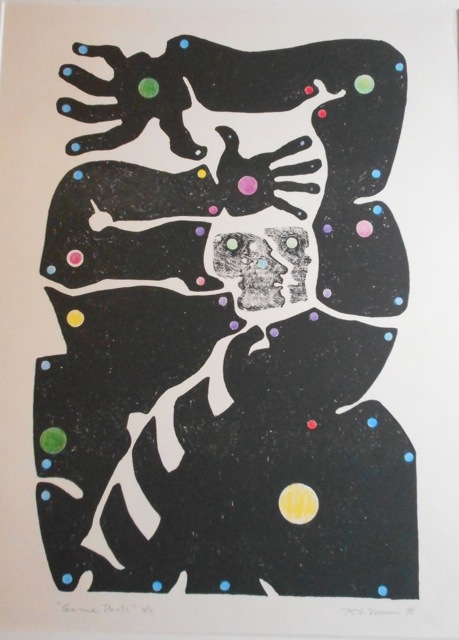 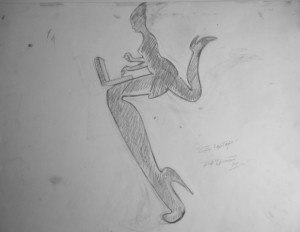 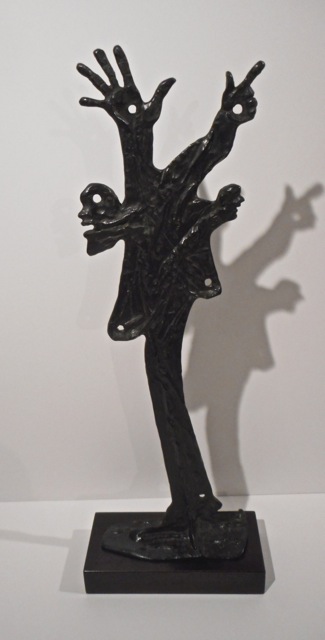 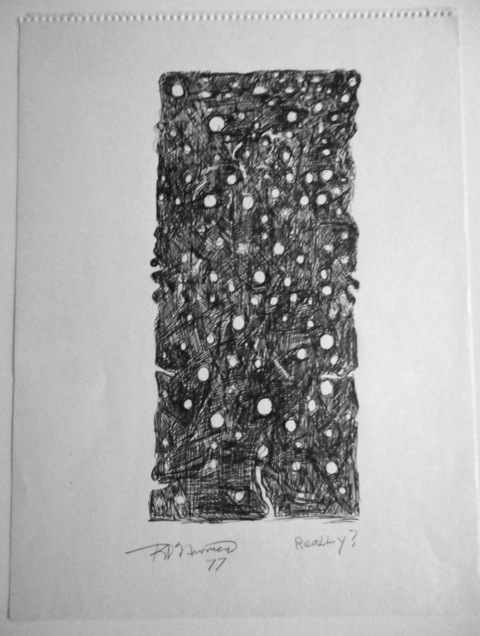 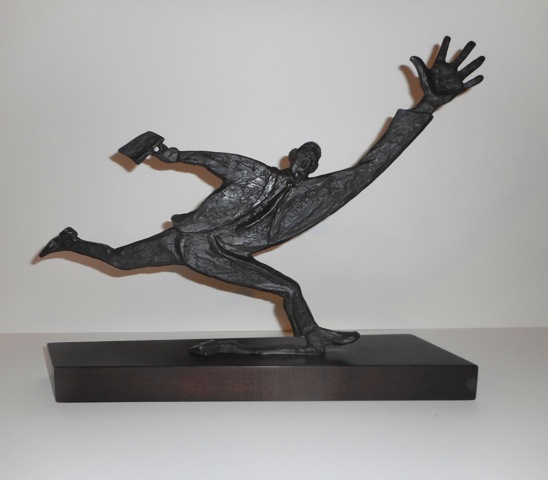 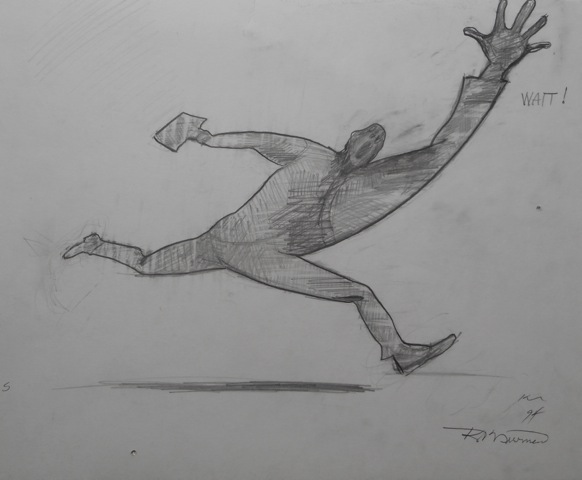 by kirknewman in Art Comments: 0 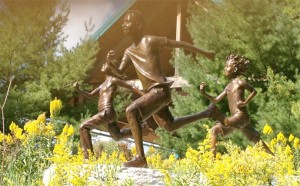 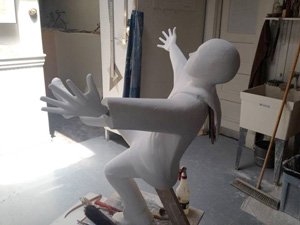 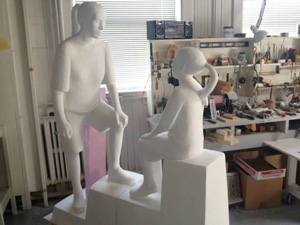 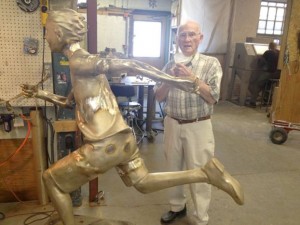